The Nvidia driver throws Error Code 43, if it recognizes the GPU is being passed through to a virtual machine. I wrote an separate article on that matter.

After some sleepless nights I wrote an separate article on that matter. 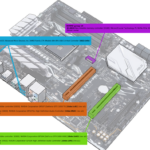 Virtual machines with PCI passthrough on Ubuntu 20.04, straightforward guide for gaming on a virtual machine - 21 Jun , 2020
Recommended Darktable settings for Lightroom user - 16 May , 2020 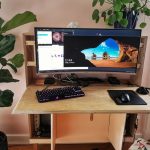