I build a desk, which let me use my full desktop computer in the living room without risking a divorce. Here are the plans and some photos.

As rents in the city are high, the space in our flat is limited. Thus, when my daughter got her own room, I had to abandon my office and seek asylum in the living room.

After the first gaming session it was pretty obvious that I have to make adjustments to the setup. For example, I had to get rid of that lovely blue-switch keyboard and replace it with a less noisy version – or find another family 😛

The second thing was not that obvious. I had to find a solution for the “mess” my setup brought into the public space.

It is a mid-tower Desktop PC with two full-size GPUs (running Linux with an Windows virtual machine for gaming) using two displays, which have later been replaced by a 34″ curved monitor.

I needed a desk with:

Based on endless pinterest researches I have created the following design in Sketchup.

Get the Sketchup file here: desk_sketchupDownload

While the collapsed desk has a depth of just 23cm. Still it allows me to store my whole setup – including the tower, two displays (later one giant curved monitor) plus accessories.

The desk itself is 121cm high and 104cm wide. The reason for these slightly odd numbers was the space estimation for the for the two displays.

I used 34mm x 39mm beech beams for the inner structure of the desk.

Additionally, I used some “Rundhölzer” for the bottom ventilation grill.

The length measurements was done directly in Sketchup. 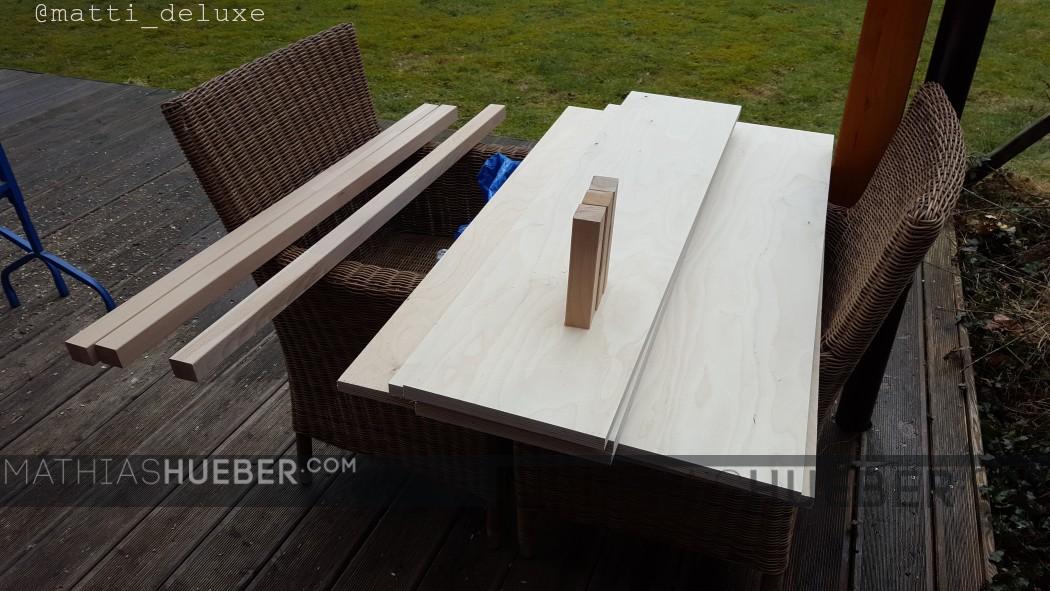 I started by building the inner beech frame of the desk. 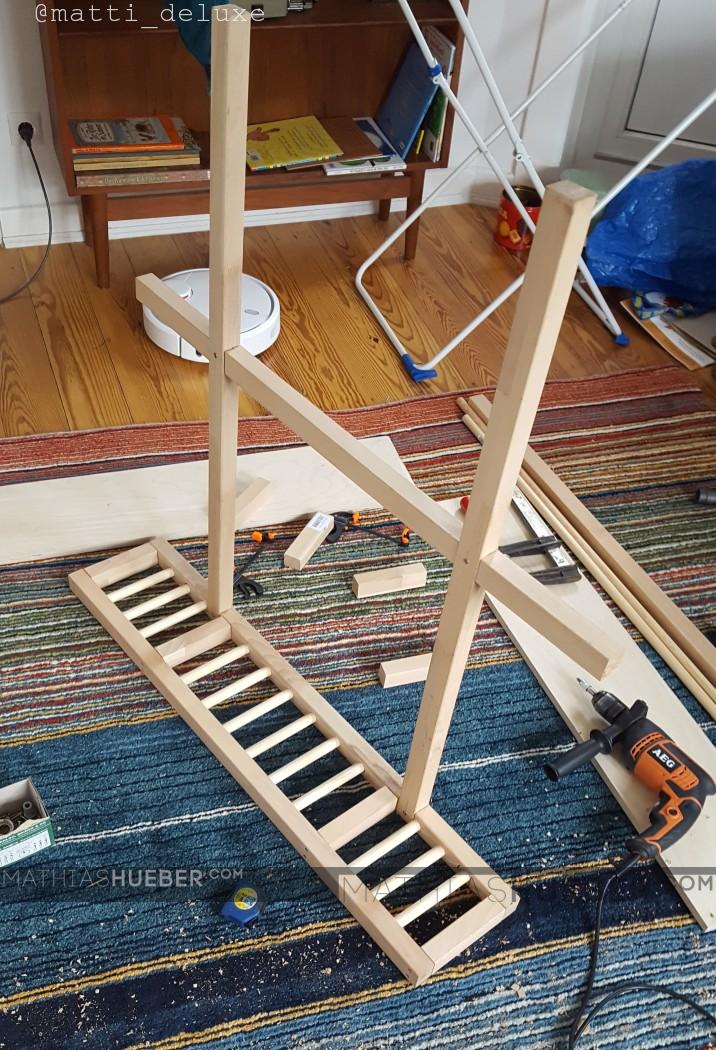 Next I have attached the front and sides via 100mm dowels to the frame.

My wife simply loved that I did that indoors. Always a good idea to do such work on the carpet. 🙂